Looking to fit more adventure in your life? Our brand-new StorQuest location in Sacramento, California, has space to pack in all your plans. Whether you need to store sensitive business documents or your climbing gear, StorQuest is here to help with your storage journey. Located in Sacramento off Mack Road and near Highway 99, our state-of-the-art facility offers convenient access to your stuff 7 days a week. Climate-controlled units and ground-floor units make it easy to drive in, pick up or drop off what you need, and hop back on the road to start your next trip. Start storing with StorQuest today.

Unit Sizes
Make Selection
Accomodations
Make Selection
11' x 22'Parking Space
$98.00per month
11' x 30'Parking Space
$108.00per month
11' x 40'Parking Space
$129.00per month
Customer Reviews of this Facility (3)
Extremely rude!
I rented the unit online and when I went in to get the keys to the unit I had my service dog with me as I opened the office door the two woman behind the counter started screaming at me to get the dog out of there he wasn't allowed on the property. Now my dog was wearing his service vest and his service tags were clearly on him, I calmly told the woman that he was a service dog and was immediately told that they didn't care and to get him off the property! I put him in the trick and went back in to get the keys Two days later my adult son was moving my stuff in for me and organizing the boxes so if I needed anything I could quickly access it. I am going thorough Cancer treatments for stage 3 Breast Cancer and simply put could not do it myself. I have an indoor unit but it was close to 90 degrees in there and my son took a couple breaks outside after working in there for a few hours to call me because there is no cell phone service inside the storage while talking on the phone with me management approached him and told him he had to leave for the day because your not allowed to be outside of your unit they considered it loitering! He explained why he was out there yet they insisted that he leave. He left and when he went back a few days later to continue sorting through everything he was told that he couldn't be there unless I was with him and to please leave. I called them and explained my situation and was told to bad,I asked to add him on the account so he could be there without me and was told they would add him but it would only be good for billing in case I didn't pay he would have too and he still would not be allowed on the property without me! Unbelievable these people are unbending and don't give a craps what your situation is! I filed a complaint with there General Manager and was told that he would talk with them and try to get it resolved, it's been five day's and I still have not heard anything from them. I do not recommend this place to anyone.

Price - 3/5
Paperwork - 3/5
Service - 1/5
Cleanliness - 3/5
Storage
Found a great deal due to it being a new facility. Natali was excellent and made the process smooth. Sad to hear that sheâll be going back to her store soon in West Sac. She provided outstanding customer service. I showed up a couple days earlier to do the paperwork and the lady at that time wasnât very helpful. She told me she was closed for lunch and told me to come back in an hour. Glad I didnât and came back another day.

Price - 3/5
Paperwork - 3/5
Service - 5/5
Cleanliness - 5/5
Great experience
Customer service made my whole experience pleasant!!! I can even explain correctly how they took care of all of my needs in a short time!! Everything was explained well so as there were NO questions I had!! All I can say is thank you!!!!!!! 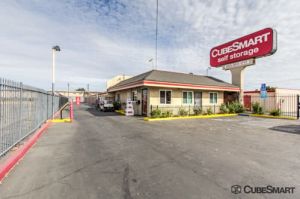 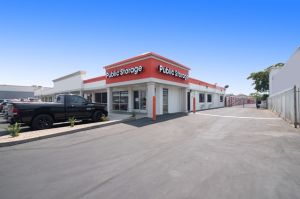 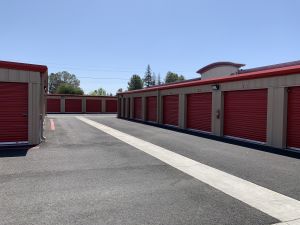 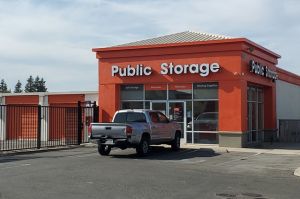