03 out of 5 - based on 3 reviewsSecure Self Storage - Milford

About Secure Self Storage - Milford

Secure Self Storage is a new facility located on East Main Street in Milford, Massachusetts. Our storage facility offers a selection of climate controlled units, non climate controlled units and parking spaces. Our facility also features individually alarmed units, advanced surveillance cameras, 24 hour access and packing supplies for sale. All new customers have access to use our truck for free, simply call us after you reserve your unit and we can reserve the truck for your move-in. Thank you for storing with Secure Self Storage.

3 left at$299.00per month
Customer Reviews of this Facility (3)
Paul is a good guy to work with
Paul helped what promised to be a harrowing experience into a smooth transition for my family.

I remember him. He is going through a very rough time including his son using the drug place next door. He recently had a stroke (he is about 250 pounds overweight) and doesnât see very well. As a result he misunderstands a lot of things. I had to explain the same thing to him more than once. It doesnât surprise me that he hit 1.5 when he probably thought that he was just hitting a 5. I just called him and he said the 1.5 was a mistake because he doesnât see very well. He wanted to give me the highest or the near highest rating. He also said, âIf there is anyone who doesnât believe you Paul, then they can call me to verify.â
Paying for two storage units when I only need one
Love the climate control units since they are clean but the outside units are not clean. However, on move in day the elevator was broken. Even though the day before move in day I asked if the elevator ever broke and they assured me it has never broken in the last 5 years. I totally understand things break but I had a move in crew that day and I couldn't wait until Monday so I had to solve the problem myself and rent another unit with drive up access. Now I am paying for two units. One of which I didn't want. 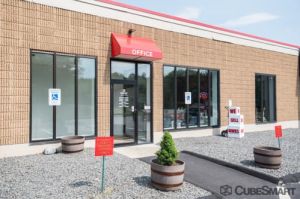 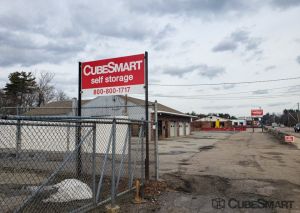