Security Self Storage is the friendliest storage facility in Lancaster! We are sure to have the solution to your storage needs so reserve online today! Our facility is secured by an Electronic Gate and has convenient Ground Level, Drive Up Accessible Units.

50% off for the first two full months

Unit Sizes
Make Selection
Accomodations
Make Selection
10' x 10'Unit
$85.00per month
10' x 15'Unit
$110.00per month
9' x 20'Parking Space
$55.00per month
10' x 20'Unit
$160.00per month
Customer Reviews of this Facility (18)
Very nice
The units at self storage are very efficient very nice very clean when I first arrived I noticed that there is a full gated fence around the property which made me feel better. I came from another state An was kinda worried but the worries end when I arrived the grounds are well kept no trash cameras And plenty of room to store your things cars SUVs boats ... thanks a lot self storage I appreciate you....

Price - 5/5
Paperwork - 5/5
Service - 5/5
Cleanliness - 5/5
Great experience at Security Self Storage
I recently moved to Lancaster from another town in PA and needed a storage unit on short notice. After doing some research online I found Security Self Storage. I spoke to someone in the office and although they had limited availability, they did have 2 small units left. The woman in the office placed a hold on one of the units until I could stop by later that day to look at it. It was exactly what I needed. It only too a few minutes to fill out the paperwork and the unit was mine! Later that day my wife and I moved in our stuff and it fit perfectly. Nice and easy.

Price - 5/5
Paperwork - 4/5
Service - 5/5
Cleanliness - 4/5
Poor communication and being billed 2 mo. after moving out, officially.
Spoke to Holly initially about terminating our contract a few days into October. Confirmed that we were moving out and she explained they do not prorate. Understood that, as it was my error for not planning ahead. Made her aware we were moving out that weekend. Removed lock as advised and took the time to clean out space better than when we moved in. . We got billed the next month. Made the call on the 1st of Nov. around 9:15 am and spoke to the owner/gentleman regarding this matter. Holly was away until that next Tuesday per him. I did call the next day, b/c I did not hear him say that initially. I confirmed with him that we NO LONGER have a need for them and that we will NOT be billed again. He even read back what he documented for Holly for her return. Here we are Dec 3rd and they are still taking our money....I am hoping they are honest and do the right thing. 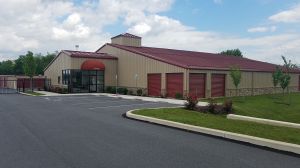 Moove In Self Storage - Prestige Lane 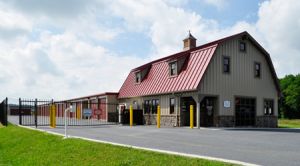 Moove In Self Storage - Manheim