About Trojan Storage of Sun Valley

Trojan Storage facilities prioritize a clean, safe, and secure storage experience that matches the highest level of customer experience. Our security features range from video surveillance technology to key code-only access gates and managers living on-site. Our site staff are friendly and would love to help you find the perfect sized unit for your belongings. Give us a call today and come to the site for a tour at your earliest convenience!
*We offer drive up and climate controlled units!

1 left at$315.00per month
Customer Reviews of this Facility (9)
Friendly and keep good hours.
We were looking for a storage facility that allowed 24 hour access. This proved to be impossible to find. Trojan has better hours than other places and friendly customer service. I just wish they offered 24 hour access.

Price - 5/5
Paperwork - 5/5
Service - 5/5
Cleanliness - 5/5
Best Storage Experience
This was definitely the best storage experience I have had, and Iâve had a lot of storage units over the years. Scott was amazing - accommodating and efficient.

Price - 3/5
Paperwork - 3/5
Service - 5/5
Cleanliness - 4/5
Friendly helpful service and great security...
The guy who helped me was friendly and took me through the usual stack of forms very efficiently. Additional fees were as described on the website, so no surprises there. I was expecting to pay the price advertised minus 15% for the first 6 months, turns out the advertised price was the special price. Still the amount was lower than most. The inconvenient location and neighborhood probably account for that. I was a little concerned about security until I saw that they have gone the extra mile to make it one of the better places I've ever seen in regards to security. Good gate control. Decent surveillance. Way above average on individual unit lock security. It will cost you a few extra bucks up front, but everyone has a removable locking cylinder that fits into their latch. No way to cut one of those off. They are not "pick-proof" as represented, but are definitely a few steps up from the average locks one would usually see. Having an entire facility full of them and no way to tell a vacant unit lock from an active one adds another level of security in itself. Most thieves would probably look for an easier target. The facility is clean. inside units are climate controlled as stated (so nice on a hot summer day). I believe the locks they supply at your expense are master keyed to make their lives easier when people forfeit their units. I was initially a little unsettled by this conclusion, then I realized I could add my own traditional style lock to the bolt. I like the idea of sole access belonging to me. Overall, I'm very satisfied. 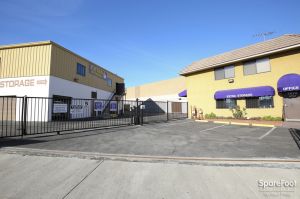 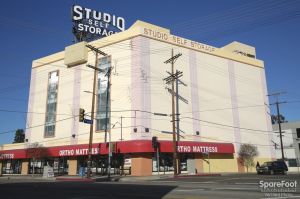 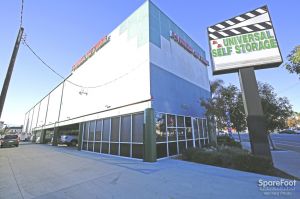 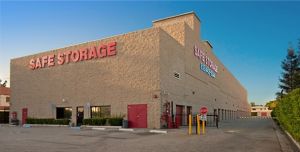 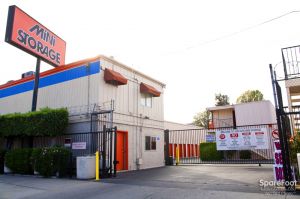