02 out of 5 - based on 1 reviewsSorrento Mesa Self Storage

About Sorrento Mesa Self Storage

Sorrento Mesa Self Storage is located on the corner of Mira Mesa Blvd and Viper Way. Our easy to access facility allows us to help you with your storage needs, regardless if storage is needed for your personal possessions or for your business needs.

Sorrento Mesa Self Storage provides exceptionally clean and convenient self-storage in San Diego with units from a small size of 5'x5' (25 square feet) to our largest exterior unit 10'x35' (350 square feet). We have the largest percentage of exterior self-storage units of any facility in San Diego, allowing drive up access and loading of your storage space. In addition, we offer specialty storage including climate-controlled storage units.

We offer a FREE move-in truck, and it comes with a driver and gas included. All you need to do is load and unload your belongings from the truck. Sorrento Mesa Self Storage also provides a “1st Year Price Guarantee,” which is unique in our industry and guarantees we will not raise your rates during the first year of your stay (our lease is month-to-month).

Sorrento Mesa Self Storage is part of the San Diego Self Storage family, which is a locally owned and operated network of neighborhood self-storage facilities located throughout San Diego County. Customer service is our highest priority, and over 40% of our customers come from referrals or repeat customers. Come see why San Diego Business Journal ranked us as the “#1 self-storage operator in San Diego County” and why we’ve been voted the “Best Storage Company” for many years running in the San Diego Union Tribune Readers Poll!

1 left at$144.00per month
Customer Reviews of this Facility (1)
The man who booked our unit was very helpful. However, the manager, Julian, was VERY rude. He drove the truck and acted as though we were inconveniencing him while we were loading it. There is clearly very little communication between him and his employees. We were out of range for the truck, but, when we booked the storage unit they said they were willing to allow us to use it. Julian, however, acted like it was our fault for this miscommunication. In addition, it was NEVER mentioned that we would only be allowed to have the truck for one hour. The truck was about an hour late for pick up and the manager acted angry the entire time he was sitting in the front seat while we loaded it. To top it off, he lied and said he had to go to another pick up, and finally admitted, an hour later, that they other site had "cancelled". We will be storing our stuff there for a prolonged period of time and I feel as though they do not respect, nor care about their customers. I will NEVER recommend this facility to anyone. Nor will I ever use it again. 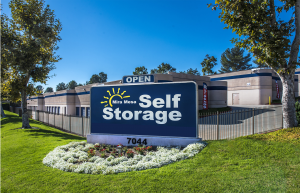 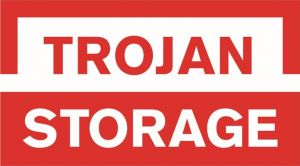 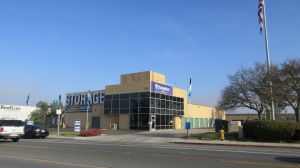 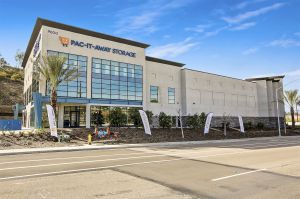 Pac it Away Storage 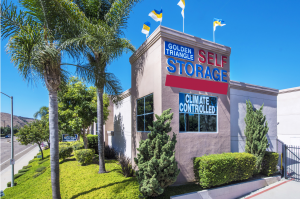